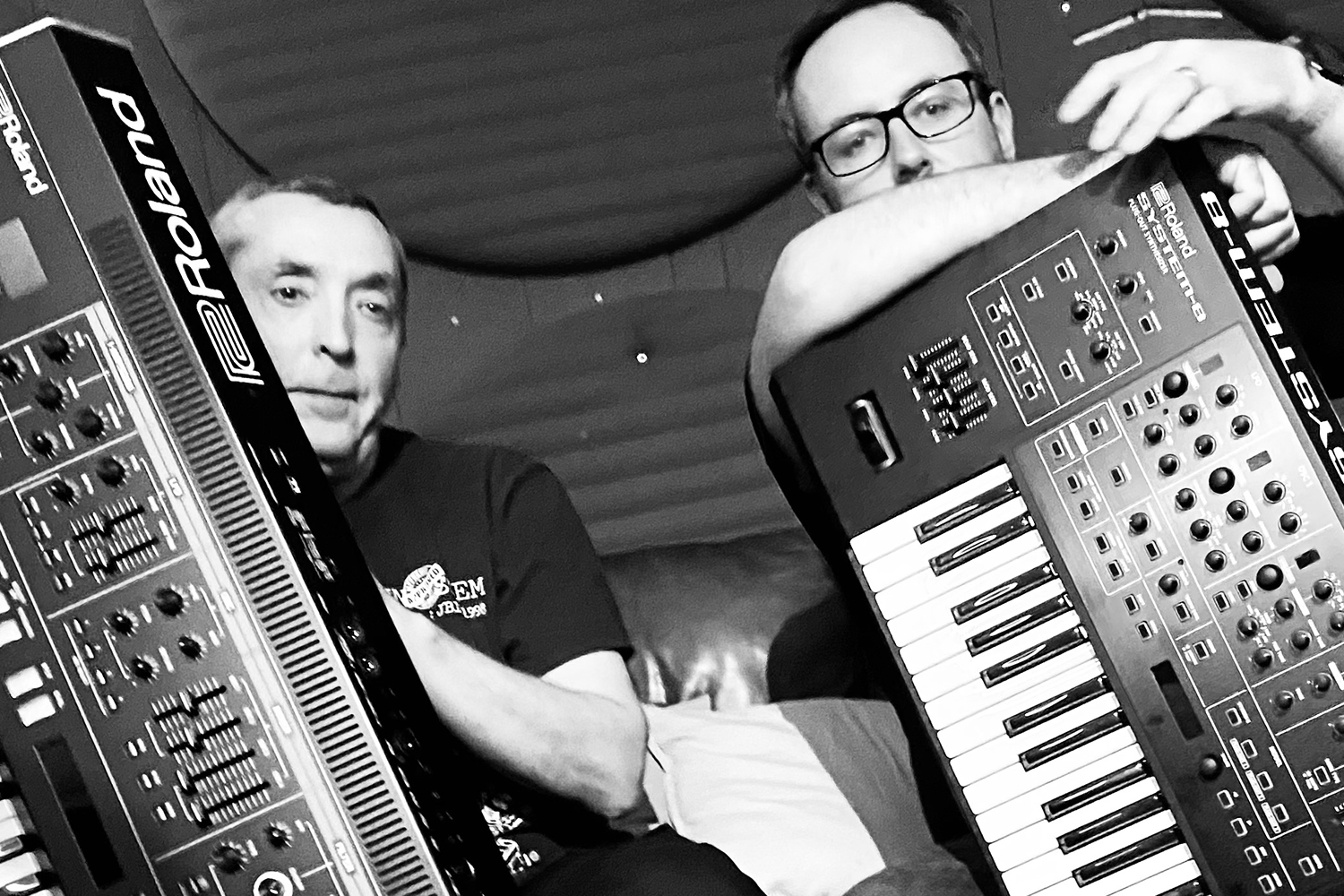 ‘Scottish electronica duo Dohnavùr embark on their first UK headline tour in support of their critically acclaimed album The Flow Across Borders. For fans of Orbital, Chemical Brothers and Brian Eno’
Dohnavùr have created a bit of a name for themselves since signing to the legendary Castles In Space last year. Striking while the iron is hot, the band announced an 11 date UK tour in support of their latest album, The Flow Across Borders, which culminates in a spectacular tour-ending show at the Roxy. For the band’s first headline UK tour, expect an epic array of dirty machine rhythms, lo-fi breaks, analog synths and acid house leanings.

Ali O’May and Frazer Brown met in early 2018 while performing with their respective bands at an Electronic Music Open Mic (EMOM) gig in Edinburgh. With obvious common interests, further discussions lead a few months later to Ali passing Frazer a USB drive filled with stems recorded directly from Ali’s vast modular system. Across August and September 2019, Frazer used about a dozen of those stems as the foundation for a set of tracks, building them into fully realised pieces across a range of styles from techno, lo-fi, breaks, acid house and ambient. And thus was born the Dohnavúr method – Ali coaxing the raw materials from his modular set up and Frazer working them up instinctively with his encyclopedic knowledge of electronic music into tracks for which the feel, genre and direction is inspired by Ali’s foundational building blocks. It’s a fascinating and unique way of working, but the results are staggeringly good.

Taking their name from the the Bridge of Weir family home in which Ali grew up, fifteen miles West of Glasgow, the newly christened Dohnavùr released this first batch of collaborative tracks on their debut album, “You Can and You Shall”. A joyously diverse set, filled with innovation and promise of the great things to come.

Just two weeks after “You Can and You Shall” was released in March 2020, the pandemic brought the world to a screeching halt, placing any opportunities to promote the album with live appearances on hold indefinitely. Ever resourceful, Ali and Fra started looking around for allies and likeminded musicians and labels on Twitter. Enter Castles in Space, who had sent out the call for submissions for “The Isolation Tapes” a release requesting submissions recorded in lockdown and released in support of the Cavell Nurses Trust. Dohnavùr submitted a long, paranoid, snarling mood piece called “Surmonter” (French for ‘Overcome’) which confused and delighted “The Isolation Tapes” compiler Colin Morrison in equal measure. The track was given pride of place as the opening track in the downloads section of the album (which went on to be awarded “Compilation Of The Year” in the Electronic Sound 2020 awards).

The link with Castles in Space firmly established, Morrison snapped up the subsequent “Pristine Environments” EP, created with further stems from the by now legendary USB drive, for a vinyl release for the 500 subscribers of the Castles in Space Subscription Library service, where it was been greeted with huge enthusiasm upon release in March 2021.

May of 2021 saw the long awaited release of the new Dohnavùr album “The Flow Across Borders”, supported by a leading 12” single of album opener “New Objectivity” expanded and remixed by electronic music legends, The Orb.